Guitarist Kevin McNeal and his Blueswing band will be paying homage to the late great Avant-Garde Jazz & Blues vocalist and former bandmate Leon Thomas with their upcoming tribute album. McNeal was Thomas' Artistic Director and Band Leader during his 90's tours throughout the US and Europe. The original touring band is previewing their upcoming record release and tour at one of their favorite Harlem hang-outs.

Kevin is recognized as an outstanding performer and recording artist, as well as

a composer, arranger, and educator.

others. Kevin toured Europe with Leon Thomas as musical director.

Academy and the HIlton Music Centre.

Most recent recordings: ‘ A Matter Of Time,’ ’Soliloquy' , (solo guitar arrangements of

jazz standards); ‘Wonderland’ and ‘Voice’, with Taeko; ‘About The Soul', with Ed Wiley

Jr., and 'Theory and Practice', with Mike Gillispie

Kevin attended the Berklee College of Music, William Paterson University, and CUNY / City College, where he received his Masters

Kevin resides in Harlem, New York City, where he has been playing the jazz scene for several

decades and leads his two groups, BluesWing the Kevin McNeal Organ Project.  He is currently working on a new album, as well as a Guitar instruction book for beginner and intermediate students. 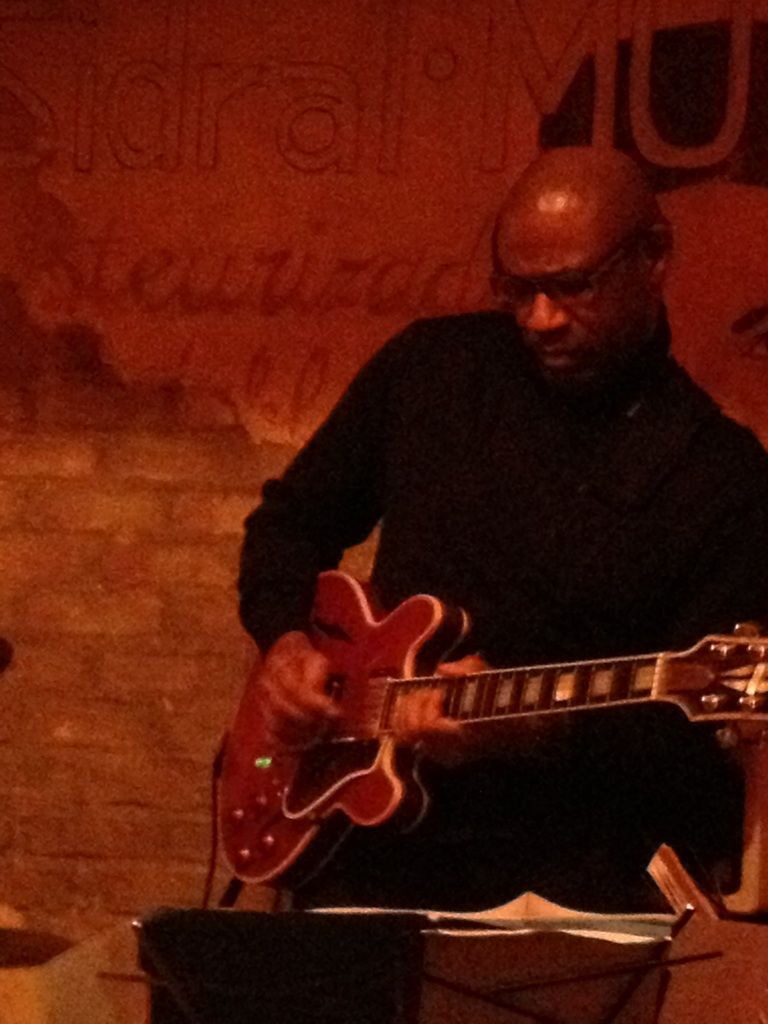